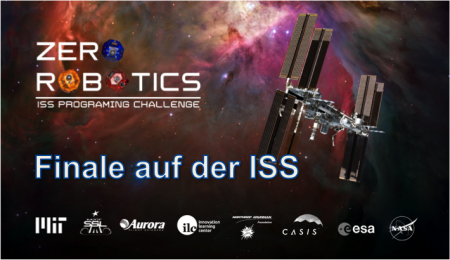 
Cleaning up in Space: Berlin School Team is testing its development on board the ISS on 28.01.

The grand finale of this year's MIT and NASA competition SPHERES will take place on January 28th, 15:00 - and students from the Berlin-based Heinrich-Hertz-Gymnasium will join the event via internet connection in Alicante (Spain). Then astronauts on the ISS will fly the mini satellites programmed by 14 international school teams. Their task this time: Collecting dangerous space junk, which increasingly threatens satellites and other flying space objects such as the ISS. The Berlin participants, supported by the Research Center Matheon and now the new Cluster of Excellence MATH +, have been among the top teams for many years.
read more » 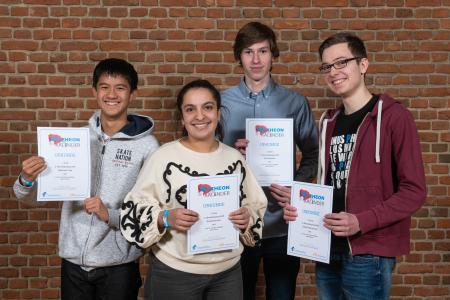 More than a million math fans have been participating in the digital math calendars for the past 15 years. Again, more than 130,000 have sweetened this year's Advent season with mathematical puzzles. Now, this year's winners of the competition were honored at a big award show in Berlin. Around 600 children and adolescents came to the auditorium of the TU Berlin on January 25, 2019 to celebrate themselves and mathematics.
read more »