It is just before noon and crowds of students are pouring in and out of the math building of TU Berlin, where the management office of the research center Matheon is located. In the middle of the razzle-dazzle stands, solid as a rock, the two-meter tall Matheon Bear.

You've been here for almost twelve years, as a representative of the Research Center Matheon, and you're still a real eye-catcher. You keep emanating friendly vibes, despite all the hustle and bustle here. How you do that?

Thank you for the compliment. I realized from the very beginning that I was sort of an attraction, which was an uplifting experience. But I should pass on the compliment to the designers of my fashionable steel-blue geometry suit that prominently features the Matheon logo. I have been wearing this outfit with pride since the first day. I realize that in the meantime, people have got used to my presence and some pay less attention. But I am amazed to see how I have become part of everyday life on the campus as so many people are meeting "at the blue bear". I am always here, a reliable constant so to speak.

Would you tell us a bit more about your beginnings as Matheon Bear?

It was a big thing back then. The Matheon was three years old, and the Executive Board decided to install a Buddy bear as a landmark – by the way, at the suggestion of our financial officer Claudia Ewel. It was a time when individually designed bears were placed all over the city.

Of course, your outfit should relate to mathematics. Yes, the geometric pattern with its mix of circles and the Matheon logo was specially designed for me. Fitting the periodic arrangement to my body required sophisticated calculations. This was done by John Sullivan, who is professor of Geometry at the Matheon and at TU Berlin, and his research group. It is not so easy to apply such a repetitive pattern to an arbitrarily shaped body.

The idea is to adopt a periodic pattern, which has certain geometric properties in the plane, for example on a sheet of paper, to a three-dimensional surface. These geometrical properties should be retained so that the pattern are distorted as little as possible despite the non-uniform curved surface. If this goal is achieved, the two patterns are said to "conform" to each other. For example, the circles on a flat sheet of paper all intersect at a certain angle. And that is the case with me now - despite my big belly, my big nose, arms and legs. A sub-discipline of mathematics, called differential geometry, is specifically concerned with developing methods that help with such problems.

Sounds good in theory, but did it work out smoothly in practice?

I must confess that I was forced to slim down a bit for the geometric pattern to fit properly. Then I went on an adventurous journey to a company in Eberswalde, which took over the projection of the pattern. For the trip into the “wild east”, I was wrapped in pretty much all the blankets that Claudia Ewel could find, and strapped down on a borrowed pickup. For the pattern to be calculated and projected, my entire body had to be scanned. After the contours were traced the artist Andreas Bittersen took on the coloring.

But the effort was worth it. For how long have you been standing in front of the math building?

I was firmly anchored at my place on June 4, 2005 in a cloak-and-dagger operation. To keep the moment of surprise, I was dressed in a cloak. On the next day, the time had come: At the opening of the Long Night of Science TU-President Prof. Kurt Kutzler, the District Mayor of Charlottenburg-Wilmersdorf, and the Matheon Board Member Prof. Martin Grötschel showed me to the public in a solemn ceremony.

So, you were the first science bear?

Yes. I was very proud of it. I was a pioneer, and, as such, a good symbol of the pioneering spirit of the Matheon, a research center in which the scientists collaborate with partners across mathematical disciplines and research facilities as well as with completely different disciplines and the private-sector economy. At that time, this was unique in the world; now, many research groups have followed the model, within and beyond mathematics.

In the meanwhile you belong to the inventory of TU Berlin. Is that not sometimes a terribly dull existence, after so many years?

No, not at all. There's always something going on around me. These many young people who pass me and run into the maths building, into the lecture halls or into the cafeteria. They do not all come because of me, but because of the Matheon. I grab a few chunks of mathematics here and there and I am even a bit envious that they can all study here. We urgently need new young talents in the MINT disciplines - at all levels, from school to universities and companies.

What is the role of the Matheon?

First of all, the Matheon makes great mathematics. Here scientists doing research projects on important topics of the future for our society. For example, we are making a significant contribution to the development of new active ingredients for drugs, more efficient solar cells, even better timing for public transport or new photonic devices. Using mathematics, such development processes are much more efficient and faster.

This specific application is of great interest to many students who can write their bachelor's or master's thesis in our participating workgroups and who can also write their dissertation here. Or at the Berlin Mathematical School, which was launched within the framework of the Matheon and is now being funded within the framework of the Excellence Initiative of the Federal Government.

Younger and older people can surely be inspired by mathematics?

In any case. The message "Mathematics is everywhere and it is as exciting as life itself" is important to us. We make mathematics accessible to pupils and teachers, and we also take it to a broader public. We have developed many great formats like the Matheon Advent Calendar, MathInside, the MATHEATHLON, to which many Matheon members always contribute with great commitment.

So you see the future optimistic? 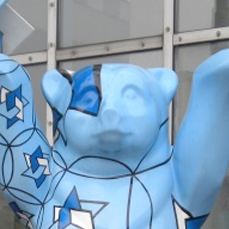